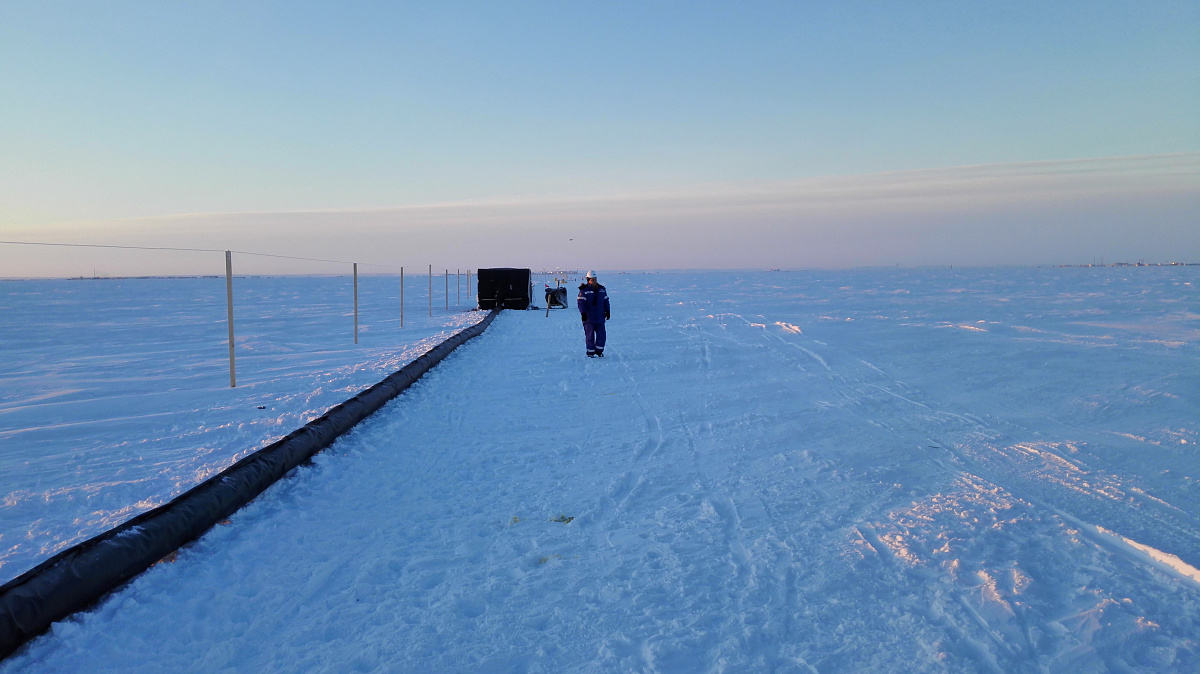 An example of successful implementation and operation of a mobile pipeline system is the Novoportovskoye field on the Yamal Peninsula, developed by PJSC Gazpromneft. It was the first in the history of winter loading of oil on a temporary pattern in Yamal.

Novoportovskoye is one of the largest developed oil and gas condensate fields of the peninsula. It is located beyond the Arctic Circle, away from the transportation pipeline infrastructure. As an optimal solution for the transportation of raw materials, shipping by sea through Cape Kamenny was chosen

Objective: the operating organization had to establish uninterrupted loading of oil on tankers in the summer and winter periods prior to the commissioning of the year-round oil terminal. It was decided to use a Balticflex flexible pipeline system: the total length of the flexible piping line Dу = 150 mm, pv = 4 MPa was 5100 m in winter and about 3000 m in summer.

The complexity of this task was also in the fact that it was impossible to prevent the temperature of the pumped fluid from falling below 24 ° C in order to avoid jelling. At the same time, the average daily temperature in winter on Yamal falls to -55 С. To comply with the transportation technology, the pipeline was insulated using insulating material, and then sewn into an additional protective cover along its entire length. Also, at the request of the customer, special stainless steel connecting elements were made.

This technology was used for the first time in the world in winter in such climatic conditions. The loading time of the tanker is 3-4 days. It was planned that until May 2015, 50 thousand tons of Novoport oil would be shipped with the help of Balticflex flexible pipelines

Before the introduction of the mobile pipeline system, the only way to transport oil was the winter roads. However, due to heavy transport conditions and a short period of automobile communication, it was not possible to reach the planned seasonal figures for the export of commercial oil.

Thanks to the introduction of mobile pipeline systems, the planned figures were exceeded by ~ 2 times, the financial costs decreased by an order of magnitude. Moreover, commercial oil, which was loaded into sea tankers, was sent directly to European consumers in the port of Rotterdam.

The mobile pipeline system worked continuously from autumn 2014 to May 2016, the temporary loading scheme passed all the necessary approvals from the technical and environmental supervision authorities of the Russian Federation.

As already mentioned, the operating organizations may face completely different non-standard tasks on the organization of temporary pipelines.